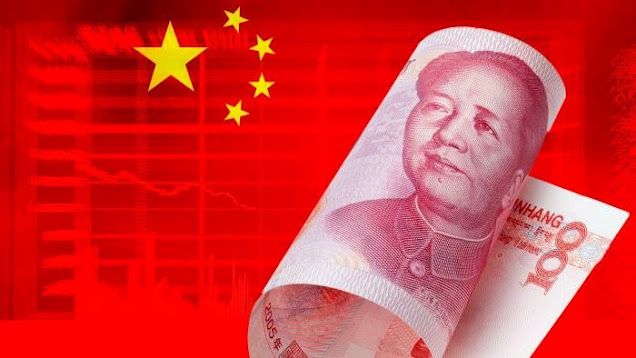 Like the swallows of Capistrano, the dollar doomsayers have returned.

The sanctions against Russia for its war on Ukraine are built around denying Russia access to foreign currencies, particularly the dollar, which dominates global trade and investment.

It therefore must follow that countries wanting to avoid a similar fate would seek to diversify away from the US currency.

There is a certain logic to that, but the reality is the dollar can’t be avoided and it will remain the dominant currency in trading and transactions.

Central banks have been diversifying their reserves and that will continue.

The dollar’s share in foreign exchange reserves has fallen from 71 per cent in 2000 to 59 per cent in the third quarter of 2021.

But this is still roughly triple that of the second-placed euro.

One quarter of former dollar reserves flowed into renminbi.

The remainder have gone into smaller economies like Australia, Canada, Singapore, South Korea and Sweden.

China excepted, these economies have all joined in the sanctions against Russia.

It is difficult to imagine future geopolitical conflicts involving a serious split among these allies.

Given the size of their economies, shifting reserves into the loonie, won or krona is unlikely to offer a way around financial sanctions.

Anyway, in an emergency, all these currencies are ultimately protected by US dollar swap lines.

China has not joined in the sanctions officially, leading some to argue renminbi could be a way around US financial weaponisation.

But just because China hasn’t imposed sanctions in this instance doesn’t mean it won’t in others — just ask Lithuania.

While renminbi account for less than 3 per cent of global foreign reserves, some see the Russian invasion as an opportunity to increase this.

Even if China wanted to do this, there are major obstacles.

It would be difficult for China and Russia to transact just in roubles and renminbi.

The Chinese currency isn’t convertible outside the country.

And what would China do with roubles?

Before the war, the vast majority of Russian exports to China were denominated in dollars and euros.

Finally, how would China find the money to purchase Russian commodities en masse?

It could sell Treasury holdings, but this would erode the value of China’s remaining US debt.

Alternatively, it could print the money, but this would generate inflation at a time when the Communist party is trying to stabilise economic growth.

There is a reason the gold standard failed.

Having the renminbi as a global reserve currency would also require full convertibility and an open capital account.

As China tries to balance longer-term goals such as financial stability, common prosperity and climate change with shorter-term economic growth, it is unlikely to relinquish control over the financial system and capital account.

On the contrary, China seems to have an enduring commitment to the dollar, selling sovereign bonds denominated in greenbacks for five years running.

In doing so, the government is creating an offshore dollar bond market with different maturities to make it easier for Chinese companies to borrow in dollars.

If there is no fiat, or government-issued, currency that could usurp the dollar, what about a digital one?

Cryptocurrencies as a whole are worth roughly $2tn today — and who knows how much tomorrow.

That is just over 15 per cent of global foreign exchange reserves.

According to Bloomberg, there are well over a dozen stable coins with significant market caps linked to the greenback.

Their growth only boosts the need for dollars.

Wars have winners and losers.”

And in a multipolar world, we may eventually be talking about alternatives to the dollar.

But we won’t be replacing it.