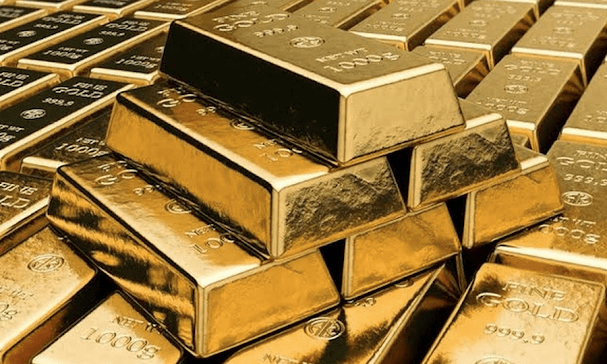 By Ronan Manly of Bullionstar.com

With Russia’s central bank having just profoundly altered the international trade and monetary system by linking the Russian ruble to both gold and commodities, journalists in Moscow asked me to write a Q and A article on what these developments mean, and the ramifications of these changes on the Russian ruble, the US dollar, the gold price and the global system of currencies.

This article has been published on the RT.com website here.

Since RT.com is now blocked and censored in many Western locations such as the EU, UK, US and Canada, and since many readers may not be able to access the RT.com website (unless using a VPN), my Questions and Answers that are in the new RT.com article are now published here in their entirety.

Who would have thought that citizens of ‘free speech’ Western countries would need a VPN to read a Russian news site?

Why is setting a Fixed Price for Gold in Rubles significant?

By offering to buy gold from Russian banks at a fixed price of 5000 rubles per gram, the Bank of Russia has both linked the ruble to gold and, since gold trades in US dollars, set a floor price for the ruble in terms of the US dollar.

We can see this linkage in action since Friday 25 March when the Bank of Russia made the fixed price announcement.

Because gold has been trading on international markets at about US$ 62 per gram which is equivalent to (5000 / 62) = about 80.5, and markets and arbitrage traders have now taken note, driving the RUB / USD exchange rate higher.

So the ruble now has a floor to the US dollars, in terms of gold.

And if the Western paper gold markets of LBMA / COMEX try to drive the US dollar gold price lower, they will have to try to weaken the ruble as well or else the paper manipulations will be out in the open.

Additionally, with the new gold to ruble linkage, if the ruble continues to strengthen (for example due to demand created by obligatory energy payments in rubles), this will also be reflected in a stronger gold price. 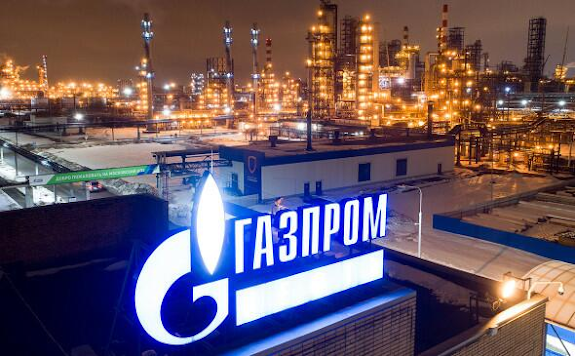 What does this mean for Oil?

We are seeing right now that Putin is demanding that foreign buyers (importers of Russian gas) must pay for this natural gas using rubles.

This immediately links the price of natural gas to rubles and (because of the fixed link to gold) to the gold price.

So Russian natural gas is now linked via the ruble to gold.

The same can now be done with Russian oil.

If Russia begins to demand payment for oil exports with rubles, there will be an immediate indirect peg to gold (via the fixed price ruble – gold connection).

Then Russia could begin accepting gold directly in payment for its oil exports.

In fact, this can be applied to any commodities, not just oil and natural gas.

What does this mean for the Price of Gold?

By playing both sides of the equation, i.e. linking the ruble to gold and then linking energy payments to the ruble, the Bank of Russia and the Kremlin are fundamentally altering the entire working assumptions of the global trade system while accelerating change in the global monetary system.

This wall of buyers in search of physical gold to pay for real commodities could certainly torpedo and blow up the paper gold markets of the LBMA and COMEX.

The fixed peg between the ruble and gold puts a floor on the RUB / USD rate but also a quasi-floor on the US dollar gold price.

But beyond this, the linking of gold to energy payments is the main event.

While increased demand for rubles should continue to strengthen the RUB / USD rate and show up as a higher gold price, due to the fixed ruble – gold linkage, if Russia begins to accept gold directly as a payment for oil, then this would be a new paradigm shift for the gold price as it would link the oil price directly to the gold price.

For example, Russia could start by specifying that it will now accept 1 gram of gold per barrel of oil.

It doesn’t have to be 1 gram but would have to be a discounted offer to the current crude benchmark price so as to promote take up, e.g. 1.2 grams per barrel.

Buyers would then scramble to buy physical gold to pay for Russian oil exports, which in turn would create huge strains in the paper gold markets of London and New York where the entire ‘gold price’ discovery is based on synthetic and fractionally-backed cash-settled unallocated ‘gold’ and gold price ‘derivatives. 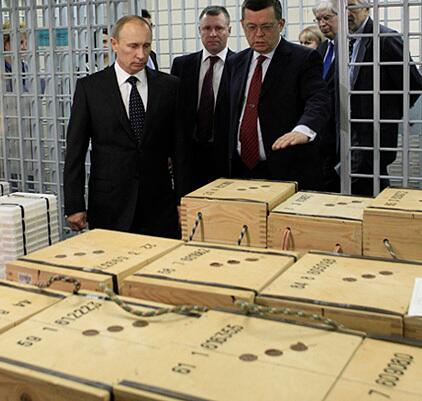 What does this mean for the Ruble?

Linking the ruble to gold via the Bank of Russia’s fixed price has now put a floor under the RUB/ USD rate, and thereby stabilized and strengthened the ruble.

Demanding that natural gas exports are paid for in rubles (and possibly oil and other commodities down the line) will again act as stabilization and support.

If a majority of the international trading system begins accepting these rubles for commodity payments arrangements, this could propel the Russian ruble to becoming a major global currency.

At the same time, any move by Russia to accept direct gold for oil payments will cause more international gold to flow into Russian reserves, which would also strengthen the balance sheet of the Bank of Russia and in turn strengthen the ruble.

Talk of a formal gold standard for the ruble might be premature, but a gold-backed ruble must be something the Bank of Russia has considered.

What does this mean for Other Currencies?

The global monetary landscape is changing rapidly and central banks around the world are obviously taking note.

Western sanctions such as the freezing of the majority of Russia’s foreign exchange reserves while trying to sanction Russian gold have now made it obvious that property rights on FX reserves held abroad may not be respected, and likewise, that foreign central bank gold held in vault locations such as at the Bank of England and the New York Fed, is not beyond confiscation.

Other non-Western governments and central banks will therefore be taking a keen interest in Russia linking the ruble to gold and linking commodity export payments to the ruble.

In other words, if Russia begins to accept payment for oil in gold, then other countries may feel the need to follow suit.

Look at who, apart from the US, are the world’s largest oil and natural gas producers – Iran, China, Saudi Arabia, UAE, Qatar.

Obviously, all of the BRICS countries and Eurasian countries are also following all of this very closely.

If the demise of the US dollar is nearing, all of these countries will want their currencies to be beneficiaries of a new multi-lateral monetary order. 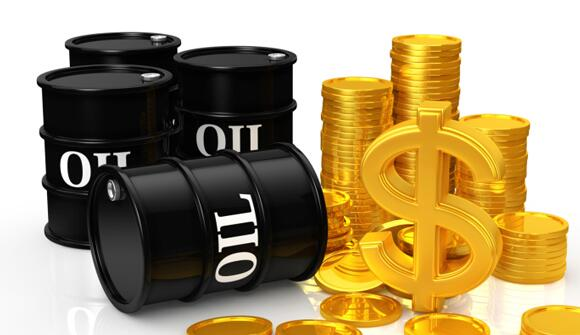 “It was once said that ‘gold and oil can never flow in the same direction’.”

What does this mean for the US Dollar?

Since 1971, the global reserve status of the US dollar has been underpinned by oil, and the petrodollar era has only been possible due to both the world’s continued use of US dollars to trade oil and the USA’s ability to prevent any competitor to the US dollar.

But what we are seeing right now looks like the beginning of the end of that 50-year system and the birth of a new gold and commodity backed multi-lateral monetary system.

The freezing of Russia’s foreign exchange reserves has been the trigger.

The giant commodity strong countries of the world such as China and the oil exporting nations may now feel that now is the time to move to a new more equitable monetary system.

It’s not a surprise, they have been discussing it for years.

While it’s still too early to say how the US dollar will be affected, it will come out of this period weaker and less influential than before.

What are the Consequences of these Developments?

The Bank of Russia’s move to link the ruble to gold and link commodity payments to the ruble is a paradigm shift that the western media has not really yet been grasped.

As the dominos fall, these events could reverberate in different ways.

Blowups in the paper gold markets.

A shift away from the US dollar.

Increased bilateral trade in commodities among non-Western counties in currencies other than the US dollar.